When Adventure Turns Into a Rescue 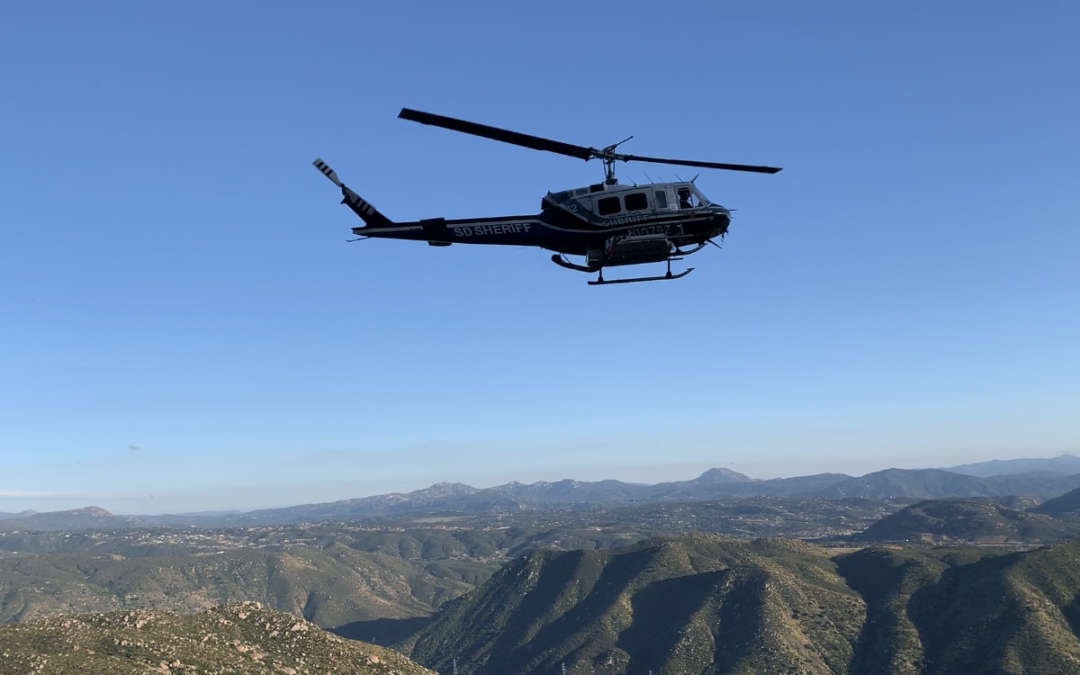 Mesa Rim yoga instructor Pearl had no idea that when she set out to venture up El Cajon Mountain that she’d help an injured climber get airlifted to safety.

So there we were, three amigos and one tiny dog hiking up El Cajon Mountain for the first time. We had heard and read that the approach was “strenuous,” but we were experienced adventurers and poo-poo’d at the warning. We even started the hike at a ridiculous time of 2:00 pm, the hottest part of the day. 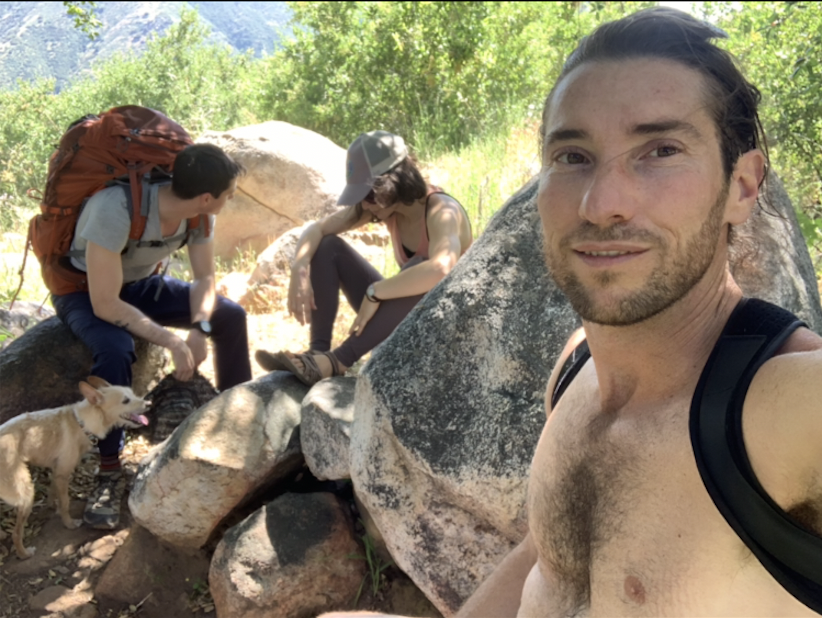 Needless to say, even if you are “fit and healthy,” as the guidebook described, the hike in the middle of the day is not your best option. And any foresight could have told you that as well. But we were excited and had tons of water, what could go wrong? The approach, with several breaks included, took us roughly two hours to get to the base of the mountain. I should also mention that I was halfway through a 30-day Squat Challenge and it in no way helped me ascend the 1600 ft. 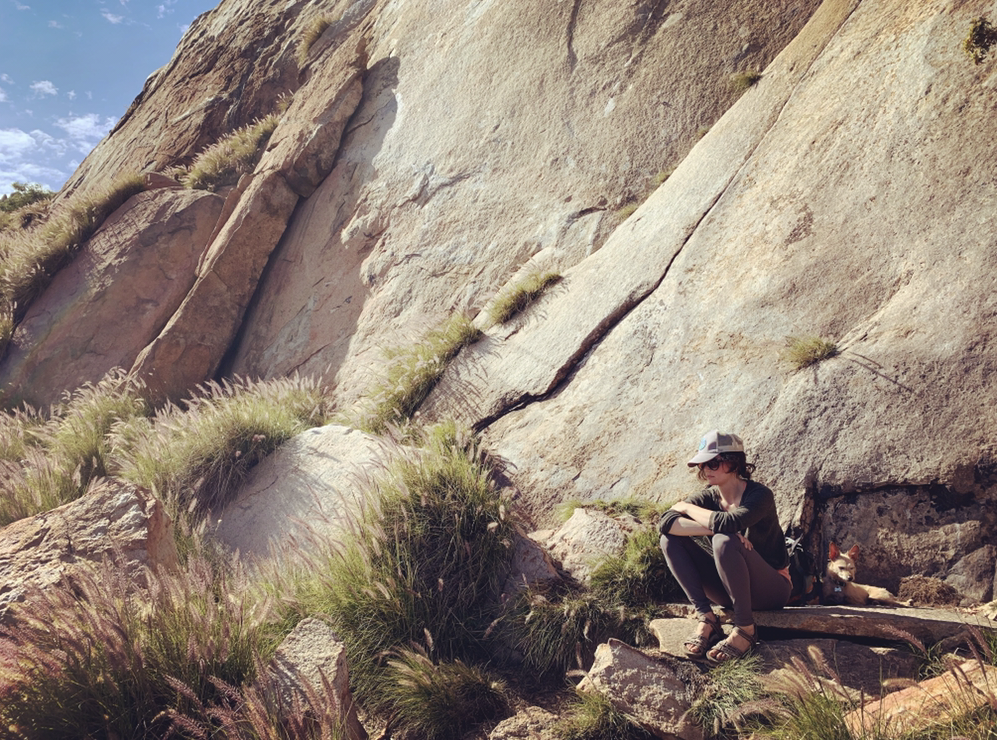 As we set up for our first pitch on Leonids, we were all pretty toasted but excited to be there and finally start climbing. Right after our anchor was set up at the top of the pitch, and I started to tie in to climb next, we heard some pretty horrid screams come from the North. We all paused after the first couple of screams and then yelled out, “Do you need help?”

They responded, “Yes! I broke my ankle!”

We looked over and realized that the girl who responded was mid-pitch with her partner. After some conversing with them, we called Medevac services. There was no way she was making it down the mountain on her own, or with help, so she requested to be airlifted. We also realized given the time of day, our energy levels, and the severity of the situation, that we were going to have to stop climbing to help out our new friends. But first, we had to get the gear off the wall, so I at least got to climb the one route. 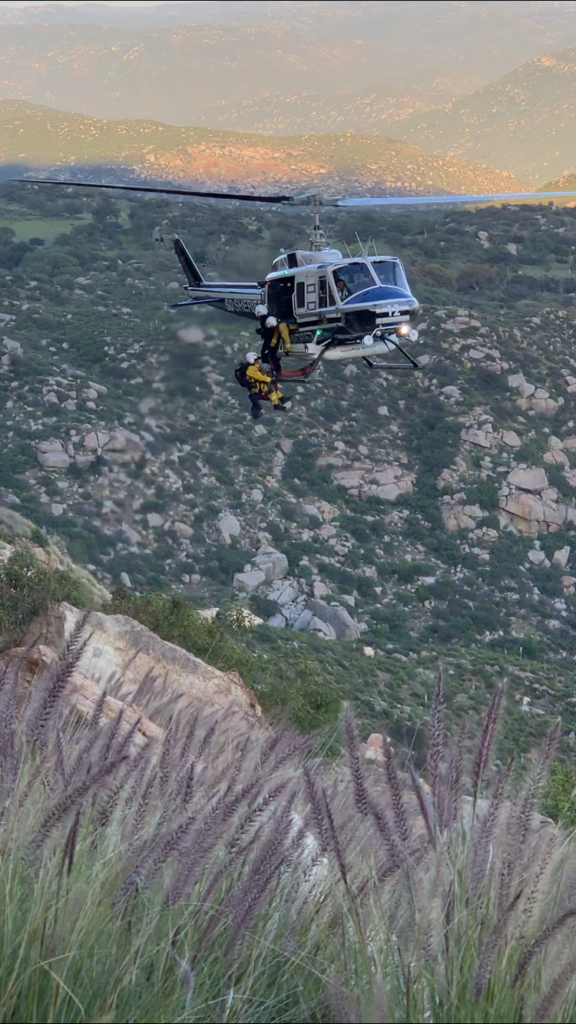 By the time I had gotten off the route and untied myself, the helicopter was approaching. I started to run over to the bottom of their route to start to wave down the helicopter. They circled around about eight times and couldn’t find us. I brought my LED poi with me up the mountain and decided to use those to help wave down the helicopter the next time it came around. (If you are unfamiliar with poi, they are essentially plastic balls on cords that are spun around in various patterns for a cool visual effect. Also now used for emergency situations)

You may be wondering, how the heck did the two climbers who were mid pitch get down when one of them had a broken ankle? Apparently, a couple weeks prior to the incident, the two climbers had taken a class on emergency climbing situations where they learned how to tandem rappel. And that’s exactly what they did. How convenient.

After a lot of frantic waving of the arms and an extremely slow and careful tandem rappel down three pitches, the climbers touched down and emergency help had arrived. We helped them find a better clearing to be picked up by the helicopter and the injured climber was secured into a vest, given her partners cell phone, and was lifted up and out of sight to the hospital.

Morals of the story are:

The 30 Check-in-Challenge Is Coming to a Close 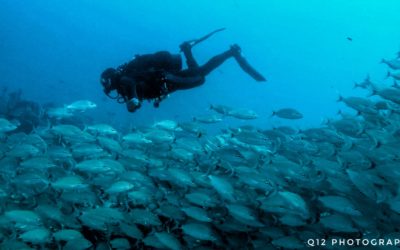 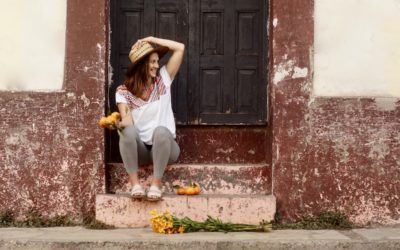 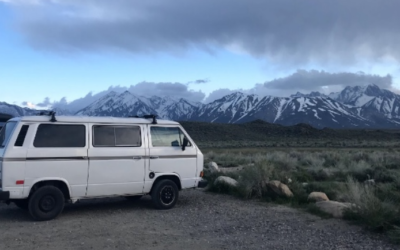